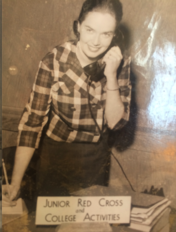 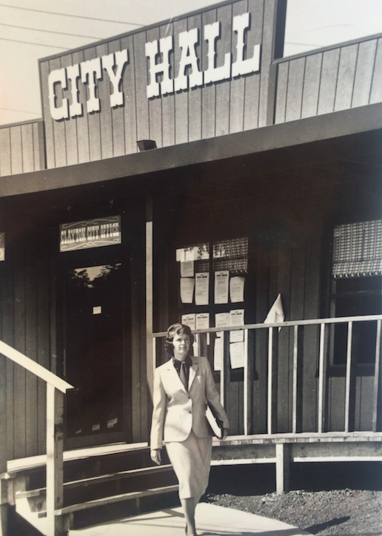 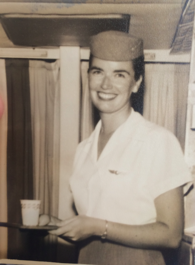 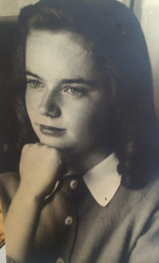 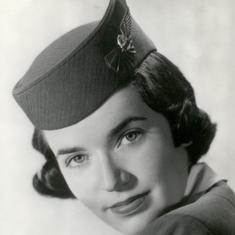 When she knew that her mind was going my mom left me a package & begged me to tell her story & that of our family in a respectful way., this website is me honoring a promise to the woman that insisted on having a baby that many didn't want to enter the word.  "For the record my mom is pro-choice BUT her choice when she got pregnant in 1964 was life & everyday I wake up I thank Jesus she made that choice....."   Sharyn Bovat

Enter text
Enter text
Daughter of Mona & Karl Frisbie (a respected Naval Intelligence officer) who in her 20's became Chief Stewardess of Transocean Airlines (a CIA cover-company,  Carolyn lived in Tokyo & hired women to spy for America). Later she married Larry Bovat a World Airways pilot then after having two children she continued her service to America by (covertly) assisting CIA leaders in the creation of Democracies all over the globe. In her 40's she became Clayton California's 1st Woman Mayor who took on developers insisting on construction of an environmentally friendly, community. In 1979 Bovat was part of the 1st All Women ALL Elected Official delegation traveling to China to promote women's rights In her 50's she Battled (successfully) the tabac lobby & responsible for mandating restaurants have "no-smoking" sections. & instrumental in the creations of the Bay Area's planet friendly state of the art public transit system.. There's so much mor about Carolyn Bovat that will be shared​ on this website.
View on Mobile